London, Saturday 11, March 2017, THRC UK once again joined Million Women Rise- the 10 year anniversary on the march. Million Women Rise are an organisation dedicated to highlighting the continuation of all forms of violence against women. In this year, we were there to raise awareness about women human rights defenders in Thailand who face risks as a result of their work to promote human rights, gender equality, environmental justice and democracy. Thousand of women walked together to mark International Women's day from Duke Street in Central London (Next to Selfridges's), via Oxford Street to Trafalgar Square for a rally.

The rally at the end of the march was held in Trafalgar Square, and featured many diverse speakers and performers. We also set up the stall to expose our #ProtecHer campaign to tell more detail about the issues. We had a great time and good opportunity to be a part of Million Woman Rise (MWR) march. A big thank you to MWR for doing such a great job. 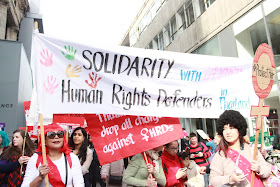 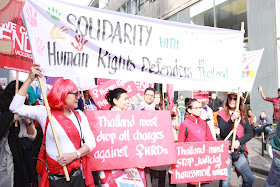 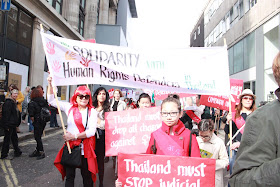 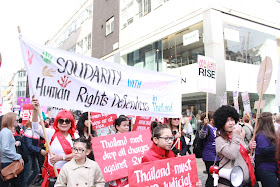 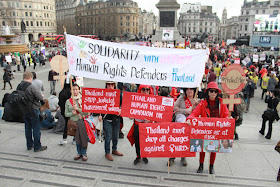 Our stall at Trafalgar Square 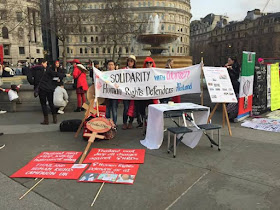 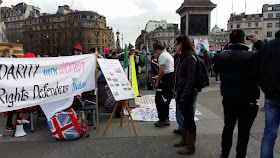 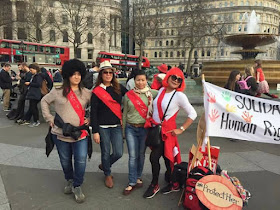 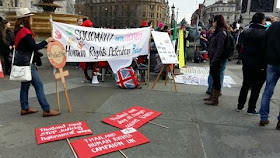 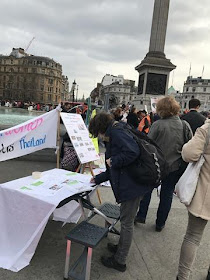 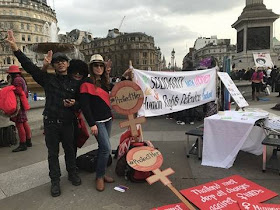 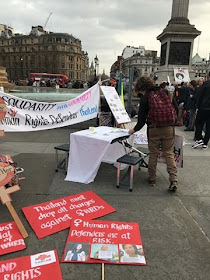